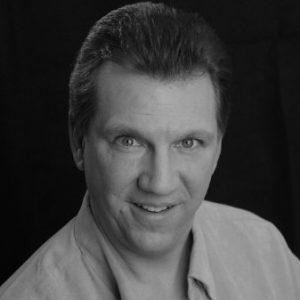 Don  Czowiecki is a Producer, Director and Writer.  He is the co-founder of Collective Image and recently co-produced the suspense thriller RED MAZE (2016) about a struggling boxer who makes an ill-fated decision in an attempt to provide for his family.  RED MAZE won a ‘Silver Remi Award’ in the suspense/thriller category at WorldFest Houston, won Best Horror Film at the NCCC Film & Animation Festival and has been selected to premiere on Robert Rodriguez’s El Rey Network as part of ‘The People’s Network: Suspense Edition’ later this year.  Czowiecki has had considerable  creative  and  managerial  experience as a Location Scout / Manager for such projects as the feature film A  LEAGUE  OF THEIR  OWN  starring  Tom Hanks  and the NBC-TV network programs UNSOLVED MYSTERIES and IT’S A MIRACLE.

During  his  work  as  a  member of  the  Illinois  Film  Office, he worked  with  projects such as THE  HUNTER  starring Steve McQueen, THIEF  starring  James  Caan  and  THE COACH starring Robert Conrad.  As a Production Coordinator, he provided second unit photography for ABC Television’s  GRACE  UNDER  FIRE and  produced  segments for  THE POWERS  HOUR  and ZOOM IN ASA.

His experience as a writer has included creating material for a wide variety of projects including television, video, film  and electronic media.  He was a staff writer for the  audience  participation / motivational show POWERS for Tribune Entertainment and the cable interview  program POWERS UP.  In addition, his corporate clients have included Sears, Budget Rent A Car, Waste  Management and Allstate Insurance.